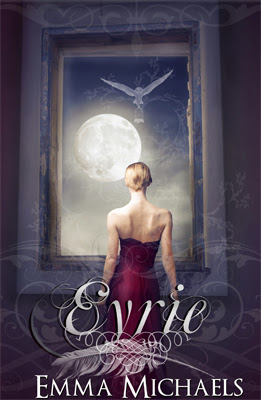 Somewhere between falling and flying...you will find the truth.

The truth is being unveiled and Iris’ past is unlike anything she ever could have guessed. For Stryx, finding your missing half doesn’t always mean finding your mate. Iris has been missing a part of herself for so long that no one is sure she will be able to put the pieces back together and her ever reliable dreams may be forcing her astray. Coping with the death of someone she loved, she is forced to face the truth and break free from the lies that have caged her. 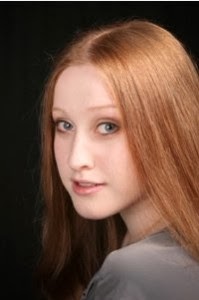 Emma Michaels is a multi-talented bookish girl. Not only is she the designer of beautiful covers, but she has many other accomplishments under her belt. She started book blogging in 2009 and was first published in 2010 (The Thirteenth Chime). She started The Writers Voice in 2011 as a way to help readers get to know authors on another level.

She moved to Washington at seventeen to be with the man that she loves, who asked her what she secretly wanted to be when she grew up. Naturally, she told him that she wanted to be an author, but at the time she thought "it was a pipe dream." He encouraged her to pursue her dreams and taught her that "sometimes reaching for the impossible can make a world of difference in your life." Now she is published and reaching well beyond what most people can imagine. 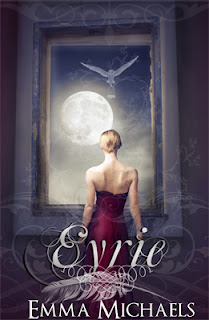 Iris lost herself in Falcon's arms, feeling the world drift away again as her lips melted against his stronger, larger ones. The warmth spreading through her body felt like electricity filling very part of her, pooling at the tips of her fingers where she touched his shoulders then traced along his arms. The tension that had worked its way up her back and through her own shoulders released as his hand brushed lightly down the length of her spine, sending sparks through every nerve.

"Please," she whispered softly, centimeters from his lips as they breathed in each other's warm breath. She felt herself lean towards him, this time not holding back as she moved his arm to her waist, making him wrap both arms around her fully. His secure hold on her was the only thing keeping her upright.

"Anything," he whispered into her ear a few moments later after she had caught her breath.

"Be the one beside me when I enter the masquerade. Be the one by my side when I change it all. I know I can do it on my own or with Nestor but...I don't want to. I want you both there with me,” Iris said.

The look on Falcon's face, the light in his eyes, showed her the joy he found in her invitation. "I was waiting for you to ask. Waiting for you to want to need me, even if you never will. It would be my pleasure, Izzy. I will always be there for you. Nothing could pull me away." He didn't say the words but they still hung silently between them, the knowledge that anyone who tried to pull him away from her would die trying. She knew she should be afraid, but
somehow he was the only person she knew she could trust, the only one her heart was perfectly sure about, like a tether tied them together, connecting their lives.

"I do need you. Even if I don't, I still need you." She whispered and kissed him harder, forgetting the world outside their doors, ready to explore the man that the boy she had known had become. The man who felt like such a part of her now that she had accepted him. She didn't know what she’d do if she ever lost him. She had never felt a connection this powerful, this all consuming.

"I love you." He whispered, his eyes gazing into hers, their intensity only pulling her further into the joy of just being close to him, just letting herself forget the world she wanted so desperately to help, to change. "I want to do something for you."

"What is it?" Iris almost pulled back, not wanting to lose the moment between them but instead she leaned the side of her face against his chest so that she could hear his heart beating.

"I want to show you what it’s like to run without hesitation, without taking away the one part of running that makes it so magical̶the freedom. I want to show you that freedom." He bent and traced his fingers along the back of her legs. They buckled but he lifted her, taking it as an invitation.

She smiled and leaned against his chest. This time he wasn't carrying her because something was wrong. It was like when they were kids and he wanted to show her he was strong enough to support her, that he could be that person who would pick her up even if she hadn't fallen. He walked to the door and she turned the doorknob for him. They found Autumn in the hallway.

"Wanna go for a run?" Falcon asked Autumn, his voice a conspiratory whisper.

"Sure!" She said and smiled lightly when she realized what Falcon was planning. "Every girl should get to feel the aves inside of her come alive."

Iris smiled feeling like she had her team. They were the people she needed and wanted by her side. They were the ones who kept her human and kind, protecting her at all costs. Nestor was upstairs with Nathaniel preparing for his duties in their upcoming plans. The rest of her family was downstairs. As they jogged by, they passed Jarem on the way, heading up to meet Diana. "We’re going running, wanna come?" Falcon offered and Iris laughed.

"If you invite everyone we may as well all go." Iris giggled and smiled widely, looking forward to it, not caring who decided to come. Iris knew that no matter how people surrounded her and Falcon, somehow they were always alone. They were the only two people in on the secret. That was their unusual type of love. It would only grow with time and trust as long as it was never betrayed.

"Sure, why not." Jarem said and smiled. He opened the door to Diana's room and hollered, "We’re going running with Falcon, wanna come?"

"Absolutely!" They heard Diana yell back. She joined them even though she was wearing a short dress. Not bothering to change, she threw a pair of high-tops on with it.

As they jogged through the house David joined them, leaving the fort to Neal, Garah and Griffin so as not to disturb Nathaniel and Nestor. When they went out the door, Diana led them to the back of the house, going through the garden to a strange trail beyond it. "Is this the fairy trail?" Jarem asked. When Diana nodded, he smiled and looked at Iris. "It's perfect."

"Wooooo!" Diana shouted, crying out like a hawk soaring through the sky. Jarem and even Autumn joined in and Iris realized it was for her and Falcon, egging them on. Falcon set her on her feet and knelt down the way he once had to offer her a ride on his back. She blushed feeling like that same little girl for one beautiful moment, attaching herself to his back and holding onto him tightly.

The bird calls got louder and louder until Falcon got ready and whispered, "You ready?"

"Yes." She whispered next to his ear and then looked straight ahead realizing, she really did need him. Falcon knew what she needed even before she did. As he started running, she shifted her weight and realized, she fit so well against his back, like they had been molded for just this moment, for him to give her the freedom that her body robbed her of. Suddenly her grudges against her body for being made the way it was disappeared as the wind whipped her hair away from her face. She arched her back ever so slightly to get the full effect and to keep her weight manageable for Falcon as he ran faster and faster. Her heart felt like it was soaring for the very first time. There was nothing like it, the faster he went the more amazing it felt. All she could feel was the earth around her and the link to her aves.

She couldn't help but giggle with glee as she watched Diana pass them, holding her arms out at her sides like wings. The wind was pushing her arms behind her, and her face was lifted toward the sunlight shining through the trees. Jarem sped to catch up with her and they started to race each other, getting competitive each time one of them would pass the other.

Autumn was at Falcon’s side as she called out, "Oh come on, go for it. She'll love it!"

"Faster!" Iris squealed like a little kid, the sheer joy of movement giving her a rush she had never felt before. As she leaned her face against Falcon's, she could feel that he was smiling as he gained speed. He wrapped his arms behind her, entwining his fingers at her back like he was stretching as his position formed a brace for her. She leaned into it and as he went faster and faster. She slowly let go of his shoulders and held her arms out at her sides like Diana. The sun beat down on her face and arms. As she closed her eyes, she felt like she was flying, really and truly flying. 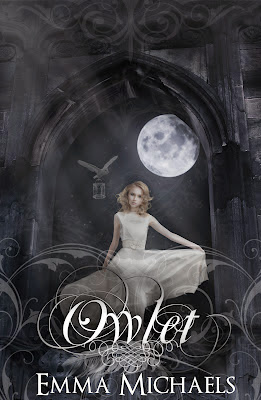 Somewhere between falling and flying… there is a girl.Iris has a secret. She lost her memory eight years ago and never told a living soul. After an asthma attack one night she finds out that her dreams of a strange house on a snowy island may be a memory resurfacing but the more she learns about the past the more she realizes the life she has been living is a lie. As the façade her father has built starts to crumble around her she will have to decide which means more to her; the truth or her life. 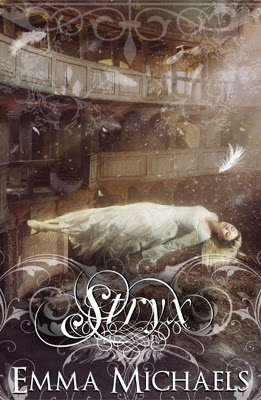 
GIVEAWAY
The Prize is a $10 Giftcard!
Enter using the Rafflecopter Below.