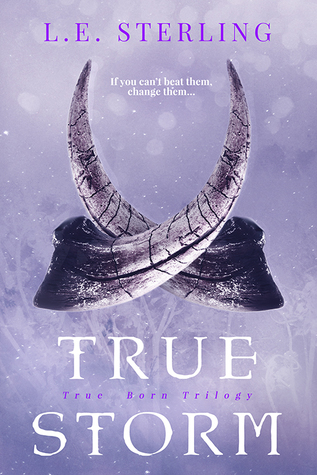 BLURB from Goodreads
Lucy’s twin sister, Margot, may be safely back with her—but all is not well in Plague-ravaged Dominion City. The Watchers have come out of hiding, spreading chaos and death throughout the city, and suddenly Lucy finds herself under pressure to choose her future: does it lie with her handsome new friend, Alastair; her guardian, the enigmatic True Born leader Nolan Storm; or the man who makes her heart trip, her savage True Born bodyguard Jared Price?But while Lucy ponders her path, fate has other plans. Betrayal is a cruel lesson, and the Fox sisters can hardly believe who is behind the plot against them. To survive this deadly game of politics, Lucy is forced to agree to a marriage of convenience. But is the DNA of her will stronger than the forces opposing her? Can she turn the tide against the oncoming storm??As they say in Dominion, can rogue genes ever have a happy ending?

REVIEW
As soon as I heard this one was due for release I knew I just had to read it. I'd just read the third book in another trilogy and loved it, so whilst I really wanted to read this book, I also didn't want it all to end either.

The back ground of this cover is a gorgeous blue-ish purple colour, I love it. The cove has the bones/antlers on the font once again which makes it eye-catching as well as fitting in with the other book covers in this series. I think the covers for the whole series are amazing and would look great together on a book shelf! The byline on this cover is as cryptic as the ones on the rest of the series, though I'm sure all will become clearer once I have read the book. I think this cover, in fact the covers of the whole series are very unusual and will be eye-catching on a book store shelf so certainly do their job very well.

Genres I have seen listed for this book include Teens, YA, SciFi, Dystopia which I totally agree with but I personally would add apocalyptic as there is the pandemic which is still thriving in Dominion City in this last book of the trilogy. I believe the book could also be labelled as having genetic elements, as well as having some romance. So I do think that this book will appeal to a wide audience and not just a teen readers either!

I did initially find this book more difficult to get into, I'm not sure whether it was to do with my "I don't want it to end" thoughts or that things were just moving a little too slowly for me to begin with. Once I did settle and get into the book I didn't want to put it down!

Once again there is the class divide as well as the type of people divide of Lasters who live day to day waiting for the plague to strike them down. The Splicers who use what eve money they have and can get a hold of to pay for expensive treatments to prolong their lives The True Born are still quite mysterious, feared and ostracised by most. When Lucy's parents ran off to Russia with Margot the only people that wanted to help were the True Born's. So it's only natural that Lucy offers to help gaining intelligence and information from the remaining males in the upper circle for them. Lucy ends up being the True Born's link to the Upper Circle Splicers and Lasters. Nolan Storm wants to form a new ruling council, one that will represent all the people of Dominion City. Could Nolan Storm want Lucy to be one of the new council members. It's a possibility as he takes her to the meetings to discuss the possibility of a new council.

In this book the girls have been reunited, but things are just not quite the same anymore. It seems that Margot isn't revealing all of what happened whilst she was held captive in Russia other than she was married to the mysterious Russian that their parents chose for her. Though Margot is upset and through their bond Lucy also feels this and asks he sister about it, Margot refuses to reveal all that happened. As the book goes on it becomes apparent that Margot being the more confident and outgoing twin had secrets she kept from Lucy when they were happily oblivious and attending the exclusive Greyguard school together along with the rest of the elite and upper circle students.

Its quite amusing when Lucy receives a letter from Alistair and Jared is obviously jealous that someone else is getting Lucy's attention when he loves her so much but keeps holding back saying he isn't right for her.

There's still plenty of the romantic elements in this book, Lucy seems to be gather prospective boyfriend/potential husbands! There's Jared her personal merc guard since she has been under the protection of new Guardian Nolan Storm. Nolan Storm is another potential husband and then of course there's the rather mysterious Alistair who generously gives Lucy a family heirloom necklace without revealing it's full power and meaning.

Lucy continues to work with Doctor Raines in the lab that Nolan Storm has provided her with. Doctor Raines continues to examine Lucy and Margot's blood observing its unique properties. I think I am okay to reveal without giving any major spoilers, that at one point the twins unique blood is compared to the unique properties of the tree that is still being "worshiped" and has been made into a sacred place by the lasters.

The characters I have loved all the way through the series are Lucinda Fox, who continues to try to make the best of a bad situation and ends up facing a possible choice of three potential boyfriends/husbands in this book. I adored the relationship between Lucy and Jared Price he merc guard and boy crush throughout the series so far. Though Lucy finds it difficult to handle the fact Jared keeps holding them apart, not quite committing to the possibility of a romantic relationship.

I admit to not always being very keen on Lucy's twin sister Margot Fox but I did grow to like her much more in this final book of the series. Margot always seemed to be the twin that belonged and thrived best in the Upper Circle. In this final book the birthmarks of the sisters and the whole Lock and Key element to the story are revealed. We also learn who the main person is behind why the girls genetic are so different to others around them. I'm not going to say who but when it was revealed to me in the book I was like, yes I believe that character would be so conniving and capable of all that the girls have gone through.

I enjoyed strongly disliking the crazy Father Wes and his followers with their Evolve Or Die message that appears all over Dominion City.

I was never totally sure of what I felt about Alistair, there was just something about him I personally just didn't quite trust. Did my opinion of Alistair change with this book? Sort of as he did come to help and do what he could do to protect Lucy and I guess at one point in the book you could say he saved her life. However he did have a rather underhand way of doing this so maybe my first impression of him was right.

My immediate thoughts upon finishing this book were Amazing! This one had me a little teary eyed by the end. Excellent ending to a brilliantly written series! I highly recommend reading this series.

A few characters die in this book, which is a shame for some of them and good riddance to others, but it's all believable and part of the story. The ending is all action packed and keeps you on the edge of your seat to the end. I was sad the series had to end, but as the saying goes "All good things come to an end" There was plenty of nail biting action and drama up to the very end of the book. I'd have to say I was definitely happy with how the series ended. Thank-you to L.E. Sterling for a fantastic read. I'll be keeping a look out for other titles by this author.