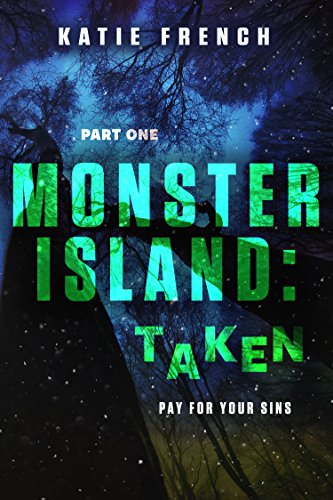 BLURB from Goodreads
My name is Lucca DiVitas. I woke up in a burlap sack in a dark shed, and outside someone is screaming. In my pocket is a note: Pay for your sins. Escaping my bonds, I realize I’ve been kidnapped. Tall trees and snow-capped landscapes tell me I’m far from suburbia. And then there’s the ocean crashing angrily against the rocks. I’m on an island with no way off. Rushing toward the screams, I find Kat Voss, a scared teen, who claims she’s running away from a “snake with arms.” I decide she’s in shock until we find cages large enough to fit the world’s most dangerous animals. The cages are open, and they’re empty. We uncover more mysteries—an observation room with cameras, a bloody operating table, and a fully stocked torture chamber. Then we realize we aren’t alone. A voice over the loudspeakers begins directing us, like a guide on the world’s most sadistic tour. The voice tells us to smile for the cameras. Blood is good for business. If we can’t figure out who is doing this and why, it’ll only be a matter of time before one of us, or ALL of us, ends up dead.