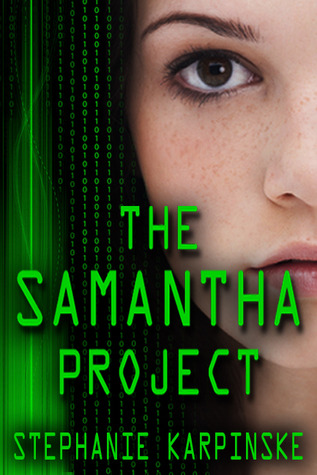 Blurb supplied by Girls Heart Books Blog Tours
Seventeen-year-old Samantha has a seemingly perfect life; great parents, early admission to Stanford, and a boyfriend who happens to be the hottest guy in school. But Sam's life takes a dark turn when she starts developing powers brought on by her unknown involvement in a global corporation's genetic enhancement project. Now the corporation decides it's time to take Sam back and turn on the genetic switch that will unleash all the powers of her enhanced genes.
During a heart-pounding race to flee from the people who created her, Sam encounters another person who was part of the experimental project. He's been living in hiding for years and now that Sam's found him, she's put both their lives in danger. But they can't run for long. A technological safeguard embedded in their cells ensures that if the corporation can't have them, nobody will.

Blurb supplied by Girls Heart Books Blog Tours
In this action-packed second installment of The Samantha Project series, Samantha and Erik go on a search to find a way to save themselves from the genetic time bomb ticking away in their cells. Along the way, they discover a shocking secret that changes everything.
Although Samantha's boyfriend, Colin, is back now, she can't deny her feelings for Erik. It isn't long before she learns the real reason why she can't resist Erik. But only after she's gone too far with him. So far that Colin may never forgive her.
GlobalLife Genetics continues to pursue Samantha and they'll stop at nothing to get her. Sam still doesn't understand GlobalLife's plan for her but she knows it's something big. And she knows it isn't good. 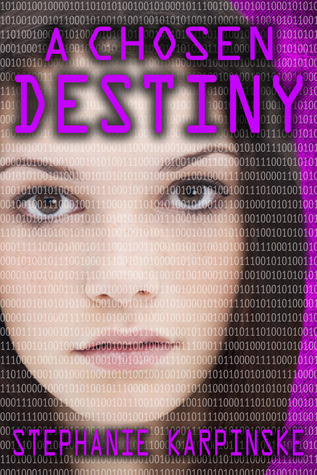 Blurb supplied by Girls Heart Books Blog Tours
Samantha's destiny was chosen long ago. At least that's what she's told by the people who created her. Her enhanced genes and genetic software were meant to do everything from mold her personality to pick who she falls in love with.
But can destiny be changed? Ever since Samantha learned the truth about herself, she's struggled to figure out who's really in charge of her life. Can she make her own choices? Or is her future determined by her genes?
Old enemies reappear and new ones emerge as Samantha and Erik use their powers to fight the people who are after them. But it's getting harder to figure out who's good and who's evil. The enemy they've been fighting may not be the one who's truly after them. 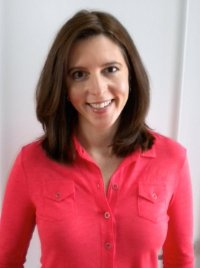 About the Author supplied by Girls Heart Books Blog Tours

Stephanie is a freelance health writer by day and novel writer by night. She's been dreaming up stories for as long as she can remember but finally put a few down on paper (or ebook) with her YA trilogy, The Samantha Project. She's currently working on a new adult romance series that’s coming out soon! When she’s not writing, she’s reading (usually YA/NA romance or a mystery thriller), cooking something really good, or running (to burn off the calories of whatever she cooked that was really good).

Can you provide us with a short history/bio on each of the main characters?

Samantha. At 17, Samantha learns she’s part of a genetic enhancement project and starts developing the powers that come with those genes. Those powers include the ability to read minds and see future events. The genes also give her enhanced strength, vision and hearing. But Sam will keep developing powers as she gets older.
Erik. He was also part of GlobalLife’s genetic enhancement project but escaped from their lab when Jack, a scientist who was against the project, rescued him. Jack kept Erik hidden until Samantha found him, putting him on GlobalLife’s radar again. He has some, but not all of Samantha’s powers, but he’s had the powers longer than she has so is better at using them.
Colin. Samantha’s high school boyfriend. He’s the popular all-star athlete. Quarterback of the football team. He loves Sam more than anything.
Jack. An expert in computer software and genetic science. He used to work at GlobalLife until he learned what they were doing to human genes. He took Erik from GlobalLife when Erik was just 5 years old and faked his death so GlobalLife would never look for him.
Brittany. The twin sister Samantha never knew about. GlobalLife made her, too. She’s the control in the experiment. But the question is why they insist on keeping her around now that they know Samantha, their experiment, is a success.
Dave. A close friend of Samantha’s parents, Dave is like an uncle to Sam. Dave attended MIT with Jack and is also an expert in computers and genetics. He worked for GlobalLife until just recently, but claims that GlobalLife forced him to work there against his will. He knew about The Samantha Project for years but never told her or her parents.
Allie. Samantha’s best friend from high school. Allie is an only child and comes from a wealthy family. She’s been friends with Sam since they were kids. But as Sam learns more about her past, she starts to wonder if Allie was really her friend all those years.
The Founders. An elite secret society made up of world leaders, high ranking members of the military, politicians, judges and other wealthy influential people. This group funds The Samantha Project and will be the first to benefit from it.

I was deep in thought when I heard a voice nearby.
“Hey, there. Brittany, right?” It was Erik, the boy from the diner. The boy from my dream.
I stood up, startled to see him. “What are you doing here? I thought you graduated.” I felt excited and a little nervous seeing him again.
“Yeah. I graduated last year.”
“I’ll be 18 in a few weeks,” I said, not sure why I was telling him my age. I felt my cheeks turning red.
Erik laughed. “Um, okay. So don’t you need to get to class?”
“Oh, um, no. Not just yet.” I couldn’t stop staring at this guy. Images from my dream were flooding my head. Just seeing him again was making my heart beat faster.
“You seem nervous. Are you okay?” He smiled and gently touched my arm. The instant his hand hit my skin, I felt a jolt of energy go through me. He must have felt it too because he quickly backed away.
“Sorry about that. The air must be dry. Static shock, you know,” Erik said, trying to break the tension. “Here, I feel bad about that. Let’s try this again. Hi, I’m Erik.” He stretched his hand out. I went to accept his handshake, but when our hands met, we each felt another jolt of energy. It wasn’t as jarring that time, but more of a synchronized energy flow from him to me and back. It was like nothing I had felt before.
We looked at each other unable to speak.
“Erik, I think the truck is fixed now. We can get going.” I heard Jack’s voice behind me. “Anything wrong, Erik?” Jack’s question seemed to have some hidden meaning.
“No. I just saw Brittany here and thought I’d say hello.” Erik said “Brittany” in a strange tone.
Jack picked up on the change in tone. “And did you learn anything new about Brittany? Seems like you didn’t quite remember her from school.”
I didn’t like the way the two of them were talking in some type of secret code. Something was up with them. I looked around to see nothing but farmland. If I was in danger, my only way to get away from them would be to run to the school. I was sure they would catch me, but I decided to try. As I turned to run, Jack grabbed my arm and jabbed it with something. Within seconds, I was lightheaded and then everything went black.