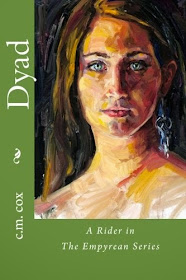 BLURB supplied by the author
Evi is forced to leave her life behind as she flees from threatening consequences. Hoping the stories of hating humans are wrong, she seeks the land of fairies for refuge. 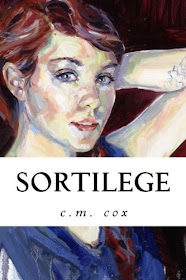 BLURB supplied by the author
Struggling against a female-dominated society, twin assassins convince their human queen to hunt for the missing Star Queen. On a neighboring planet, an elf searches for meaning in the strange signs that have suddenly appeared to her. Traveling with her companion - tall, green and part plant - their scholarly goals quickly become a riskier gamble. Sortilege is an epic fantasy novel about interplanetary alliances, magic, betrayal and an unimaginable possession. 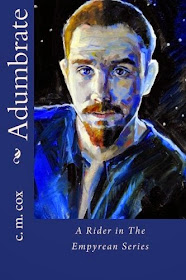 BLURB supplied by the author
The High King and Queen of the Elves have received terrible news regarding their future. Before they can recover, they are visited by their planet's guardian with word that a prominent figure in interplanetary peace has gone missing.

What is your name, where were you born and where do you live now?
My name is Courtney Cox (like the actress!) but I publish under C.M. Cox. I was born in Round Rock, Texas but now I live in Chattanooga, Tennessee. I did not expect to find myself living in the South. I like the desert, so I could have foreseen living in the west, but I went and married a man from Tennessee so here I am.

When did you first consider yourself as a "writer"?
I always thought of myself as a 'writer', as a person who expressed themselves through words. The real change for me came when I began to think of myself as an 'author'. I once read an article on Christopher Paolini's book, Eragon. In the interview, Paolini said that he was home schooled and had begun writing the novel when he was 15. At the time, I was 14 and also home schooled, and I thought "If he can do it, I can do it!" After that, I began writing my first novel, Sortilege.

Did it take a long time to get your first book published?
From start to finish, almost 11 years. This is because I began the novel in middle school. For the record, I do not recommend working on any one novel that long...

Do you work another job as well as your writing work?
At this point, no. I do some freelance writing and my husband works.

How do you come up with the Title and Cover Designs for your book/books? Who designed the Cover of your books?
I chose the title by scrolling through dictionary.com's 'Word of the Day' for the last 2 years, writing down words of interest until 'Sortilege' stuck. The cover art for all of the books in 'The Empyrean Series' was done by the extremely talented portrait artist, Liz Lindstrom. I am very lucky to have her on board for the covers of my series. I also have the canvases of the original oil paintings in my house, which is beyond cool.

Do you choose a title first, or write the book then choose the title?
I definitely write the book first. For 'The Empyrean Series' I wanted single-word titles that were true English words but were often unused. The words I selected all have meanings that are relevant to the stories.

Do you basic plot/plan for your book, before you actually begin writing it out? Or do you let the writing flow and see where it takes the story?
I write out a lot of information on the setting and the characters, and then I write out my general idea for the characters, such as 3 things they need to accomplish in the novel. Then, for the most part, I let the book plan itself! Writing the rough draft is a lot of fun for me, whereas editing is more dry and stressful. When I write with less planning is when my best ideas come out!

What do you do to unwind and relax? Do you have a hobby?
I like to unwind with a glass of red wine. My hobbies include crocheting, going on adventures, making my dog bark, eating something particularly delicious, and preparing for our next travel plans.

Have you ever based characters on people you know or based events on things that have happened to you?
I have! All of my characters have a little bit of me in them, and I have also relied on people I know to help me flesh out characters with personalities that are different from mine (not everyone is type-a and anti-hugging). Some of the scenes and dialogue also include things I have heard real people say or seen them do.

Is there a certain Author that influenced you in writing?
I am a huge Harry Potter fan, so J.K. Rowling has definitely influenced me. I've read the series many, many times and there's no way it hasn't affected me somehow.

Did you read a lot at school and write lots of stories or is being a writer something newer in your life?
I showed up at kindergarten on the first day with a completed story about 3 bunnies that lived on a hill. It actually has all the story necessities - beginning, middle, end, conflict, and resolution. I was also extremely opposed to my bed time and would stay up late into the night to read. Definitely not new.

Do you or would you ever use a pen name?
I do not currently use a pen name -  C.M. Cox is my real initials and name - but I have definitely considered it.